Camp NaNoWriMo, We Hold You in Our Hearts...

Okay, it doesn't have the same ring, but you get the idea. Summer is here and with it, the time honored tradition of summer camps. Apparently some adults became nostalgic for the good old days and started Camp NaNoWriMo for us adults. 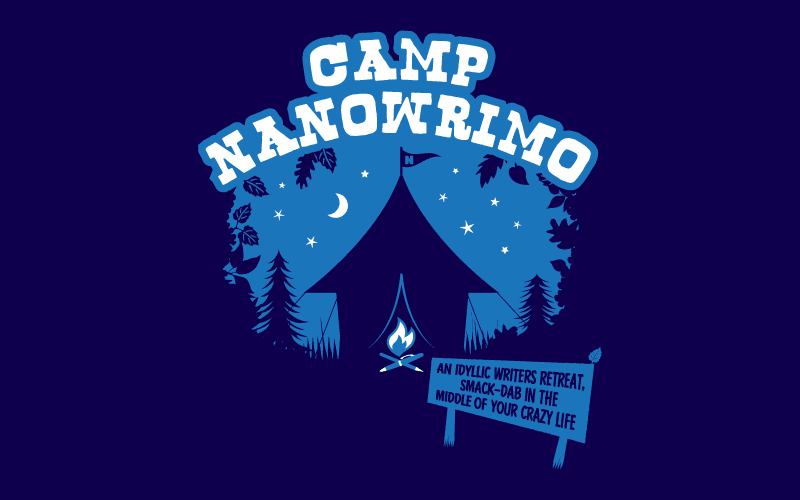 For those of you who have been around for a while, you've seen my posts about NaNoWriMo. For those new to the blog or have never heard the term 'NaNo' before, you can acquaint yourself here.

Now we're all familiar with the strange word, I'm announcing that I will be joining the ranks of campers this year. I know, it's a huge deal, but before you rush out to alert the press I ask that you all respect my privacy on the matter. Besides, if all the press shows up at my door how am I going to make my word limits each day?

The month of June will see me as a truly 'Absentee Blogger.' (You didn't think I picked the name by accident, did you?) I will schedule posts to automatically go up each Monday and Friday, but it will be only chapters from What the Whole Town Knew and very little of my own personal charm. I hope you all can survive our time apart. 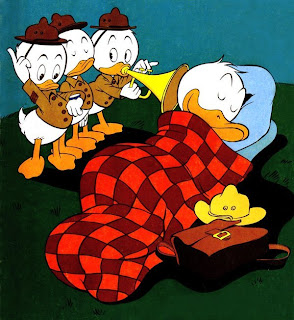 For those of you also participating, I would ask you to add me to your friends list, but Camp NaNo has cabins and I already have been assigned my cabin-mates (the lucky dogs) so we will have to communicate our joys and frustrations elsewhere. Feel free to friend me on my Facebook page or on Twitter and we can try to get through the ritual that is (Writing) Summer Camp together.

If you're interested in trying out Camp NaNo, you can sign up here. Happy writing!
Posted by Emily McKeon at 8:01 AM No comments:

Check out the Amazon Breakthrough Novel Award finalists! Take a peek and vote on your favorite.

Congratulations to you all.
Posted by Emily McKeon at 9:05 AM No comments:

Four years ago today, I was sitting at my desk, feeling slightly uncomfortable. My boss sent me home and a few hours later I was in the hospital, giving birth to my beautiful little girl. 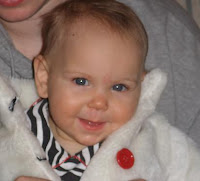 Posted by Emily McKeon at 8:07 AM No comments:

Step One: Pick a user name. Using obscene words adds to your score.
Step Two: Sign into the social media of your choice and begin making connections. The more people whose views you disagree with, the better.
Step Three: Wait until someone says something completely opposite of how you feel. Argue publicly with this individual. Resorting to childish behavior such as name calling is encouraged.
Step Four: Run back to your like-minded friends and virtual high-five each other for 'stirring up the wasps' nest.'

Congratulations! You have reached Level One. People are talking about you.


It amazes me, and I know it shouldn't, how nasty people can be over the internet. With the internet  to provide a safety wall, so many think their online actions won't have any consequences. They say things online they'd never dream of saying to the same person face-to-face. They attack others for no reason other than getting a laugh or two. It makes them feel empowered to upset and frazzle everyone they meet.


While Internet Trolls have become a normal occurrence, there are others who follow in the Trolls' footsteps, thinking they, too, are immune to retribution. Sadly, they are mistaken.


Yesterday on Twitter, a conversation caught my eye. The part I saw was between an agent and an editor. I noticed it because the agent had been called a 'bad apple'. Being the nosy, uh, researcher that I am, I backtracked to find out what had happened.


Seems like someone attempted to pitch to the agent on Twitter (a big no-no if anyone's wondering) and became upset over the agent's response that the author should follow submission guidelines on the agency website. Instead of saying, "Ok, sorry. Thank you for the information," the writer became angry over the agent's tweets about her query in-box. Others jumped in with personal remarks, namely the 'bad apple' comment and suggesting the agent in question was drunk.


Now, many agents on social network sites will host things like #10queriesin10tweets or #pubtip where they will randomly go through their slush pile and give tips based on what they're looking at in that moment. They never reveal who the MS belongs to and most writers will take what is said and see if it applies to their own queries. This agent was doing something similar, venting about what drives her crazy in her in-box. Up until she told the writer to check the website guidelines, this person had no problem with these tweets. Afterward, she thought they were 'unethical'.


Here's the problem with how the writer handled this situation. She did it on a public forum where anyone can see it. She called out an agent who had not personally attacked her, then rallied with others to 'stir up the hornets' nest' as one person said. They decried the publishing industry and how indie and self-publishing was the way to go. That people like this agent were the reason traditional publishing's days were numbered.


All of these attacks are now public knowledge and easily accessible. Agents and publishers tend to follow each other on Twitter. Anyone who follows this agent knows about the incident and will most likely let others know. The publishing world is small and one comment can burn many bridges. You may think Indie or Self-publishing is the way to go now, but can you be sure in ten years you won't be tired of doing it all yourself and want to focus on the writing? Maybe you'll be happy doing it all, but do you want to take that chance? Even if you are content with untraditional publishing, why alienate industry professionals who you can learn from? Take a deep breath and think before responding to anyone.


Be careful what you write and post. Words have power to help you along or destroy all your work before even get started.

I'm going to try something new over here. Once a week, I'll post a chapter of my WIP. Either people can read it and comment or skip it and wait for my normal weekly postings. Hoping it'll be the latter. ;-)

The current WIP up for comments is "What the Whole Town Knew."

Advance warning - this had very adult material in it. If you are easily offended, please skip these. I will put up more family-friendly reading for next month's - if this goes well.

If you're still here - Enjoy!

Are You Hip to the Jive?

Authenticity can enhance or destroy any story. You set a story in a real world setting, make sure it's one you're familiar with or you'll hear it from your readers. Make the dialog unrealistic and you'll alienate others.

What prompted this post? you might be asking. Or not. I'm a writer, not a mind reader. Either way, I'll tell you. This post has been a long time in coming, spurred on by something that happened on last night's writing group. (I knew you were all looking forward to another Writing Group installment.)

The first time the authenticity issue came to my attention it was while I was reading a book whose title shall remain unnamed. It was a novel I heard great things about and was repped by a very, very well known agent. I figured it had to be good, right? For me, not so much.

The premise of Untitled was good, but the setting kept pulling me out. Supposedly, it takes place in Massachusetts. This would have been fine if the writer kept it generic or had some understanding of Massachusetts and the people who live there. Instead, towns and their inhabitants were horribly stereotyped. I tried to get past these issues, but ended up giving up once the MC was taunted by many of the other characters for not wanting to take a plane from Boston to NYC because he was afraid of flying. Because, you know, so many people choose to FLY from MA to NY. No one would ever, say, take the train or bus. God forbid they DROVE the whole 3-4 hours.

To someone not from the area, these things might not have caused them any additional thought. To someone like me, the book read like the author heard about this place called Boston and based their location and characters on things they heard second-hand. Too many times = Deal breaker. I never finished the book.

Yesterday, this issue of authenticity came up, this time in my own writing. For anyone who doesn't know, my husband had an idea for a detective series set in the 1920s. He drew up the outline and handed it off to me for the actual writing. Yes, I'm my husband's ghost writer. Working with a time setting of the 20s brought interesting challenges, one of which was the slang. While researching the slang of the time was fun, I worried about over-doing it. My solution was to give the club-goers and musician-types jive talk, but my MC isn't up to speed on the lingo.

My husband read through what I wrote and gave his stamp of approval. He told me he had been worried about bogging down the story with too many slang terms, but ended up pleased with the result. Of course, we're both partial and will have to await judgement from the Impartial Authenticity Committee. If anyone wants to join the committee, feel free to check out Tinman and let us know.

Now we get to the Writer's Group portion of the post. Last night I met the rest of the group. The louder, more talkative section of the group, all of whom were absent on my first visit. One of these writers is working on a fantasy piece. I know, I know. What does authenticity have to do with the fantasy genre? Isn't the whole point of fantasy to work outside the normal and believable? (Hmm...maybe I should be a mind reader.)

The problem with this piece was, while well-conceived, it was over-written. I like details as much as the next reader, but too many in an effort to bring about the ring of authenticity with bog down the rest of the story. Certainly describe the armor your hero or heroine is wearing, but don't list every single piece. Knee and elbow pieces are extraneous, particularly if they add a whole paragraph to your novel.

The point I'm trying to make is authenticity can bite you both ways. If there's too little of it, people are going to notice. Too much and a reader will give up, lost somewhere between the vambraces and greaves. The challenge we all face is finding the balance and bringing a sense of true authenticity to our writing.

Posted by Emily McKeon at 12:50 PM No comments: