Yes, Halloween. I mean after that.

I'll give you a hint: It starts on Friday.

That's right, it's NaNo Time! Most of you have been around and are familiar with NaNo and what it means. For those who are scratching your heads, I'll give you the condensed explanation.

NaNoWriMo (often shortened to NaNo) stands for National Novel Writing Month. It takes place every November with participants working towards a goal of 50,000 words (the word count of a short novel) by the end of the month. Winners get bragging rights, certificates and cool badges to display on social media and make their friends jealous. Winning also brings with it prizes from other sponsors (CreateSpace & Scrivner) as well as the beginnings for a future published novel.

I've participated in NaNo three years (this will be my fourth!) and twice in its summertime sibling Camp NaNo. Every time I've managed to get out 50,000 words, although there have been a couple close calls. For my efforts, I have a hard drive full of manuscripts waiting to find their way into the world. Some have come close, but none have quite broken free.

Last year during NaNo, I decided to do something different. With a couple incomplete stories hanging around, I chose to do a Finishing Month rather than a Writing Month. I just kept whatever I wrote during November separate from what I previously wrote, still accomplishing a total of 50k words. Looks like I'll be doing something similar this year.

Sitting on the back burner of my writing drive are two manuscripts waiting for an ending. This just may be their month. One is a detective story set in the 1920s. I started working on that with my husband, but put it aside for other things. I think it's time for Detective Jane Cassidy to get some more action.

Slightly less forgotten is the follow-up to MOTHER OF MONSTERS, PROMETHEUS' LANTERN. With the story half written and a good idea of where it's going, Maya and her friends are ready to kick Hera's butt. Again.

Something new for this year is the widget on my blog. If I can point your attention over the the upper right-hand corner, you'll see a lovely calender. It will be tracking my progress for the month. Feel free to yell at me if you see my numbers slipping.

Now I have today and tomorrow to finish getting ready. The characters are itching to get started.

Who else is ready?
Posted by Emily McKeon at 10:52 AM No comments:

Saying Good-Bye to a Dear Friend

As you can imagine, things like this make you believe you're invincible. There's this feeling that your family will live forever, or pretty darn close to it. Recent events over the past couple of years have proved the falsity of those beliefs. Never have I attend so many wakes and funeral, memorial services and prayer vigils as I have in the last three years. I suppose that's the price of having loved ones around for so long. They've always been there for us and we assume they always will. We can't imagine life without them.

Loved ones don't stay with us forever, despite what we want to believe. They all age and move on together, in sudden rapid successions.

This past Monday I received news of the passing of a family friend. Mrs. Genevieve Ralph, one of my grandmother's best friends left us on Friday, October 18th. It took me until now to gather my thoughts for this post. Even now, I'm not sure I can do her justice. She was so much more than the person I knew, but this is how I'll remember her.

Going through family photos from the holidays, it's difficult to find one where she didn't make an appearance. Sometimes she's sitting around my grandmother's table, enjoying the meal with us. Other times she's sitting in a chair talking, having stopped by for dessert. When we were younger, she brought me and my brothers and sister presents for Christmas. On my bookshelf I still have copies of The Prince in the Golden Tower and Go In and Out the Window with inscriptions in her slanted handwriting.

Mrs. Ralph was one of the most caring people I know. Supportive always of her friends and family, she surrounded herself with like-minded people. Never one to pull punches, her criticisms were blunt and to the point. The two of us exchanged writing samples, offering feedback and advice. When I started off with my website, she was the first to offer her own stories to be placed in the 'Friend's Work' tab.

Tonight I go to say my final farewell to this wonderful woman. If any of you have a chance to read her work, I encourage you to do so. She was bitten by the writing bug later in life, but her observations are full of stark beauty. Part of me also wants to believe that every time a writer's work is read, their angel get new paper and pens.

Let's give her lots of paper and pens.
Posted by Emily McKeon at 10:11 AM No comments:

It's October! With October comes my favorite holiday: Halloween.

I know, I told you all that I'm a chicken when it comes to scary movies/TV shows/stories, but there's something about a month of terror culminating in a night of dress-up and sugar highs that appeals to me.

With the upcoming holiday scares already happening, I would like to invite you all to check out Freaky Fridays: The Dark Carnival on Pen & Muse's Blog.

This is a showcase of writer and illustrator talent from all over. Each of us chose a topic pertaining to the carnival theme and wove a story or picture around it.

Every Friday starting tomorrow, new stories and pictures will go up for your enjoyment. Having been granted a sneak peek at a few of them, I guarantee you're all in for a treat...with a possible trick thrown in.

On top of Pen & Muse hosting this fantastic showcase, they're doing a give-away. It's open now, and another reason to check out their blog. To the lovely and wonderful ladies of Pen & Muse: Thank you!

Now it's up to you. Enter if you dare. Or are you too chicken?
Posted by Emily McKeon at 9:25 AM No comments:

Remember when I said I couldn't give out details on one of those offers of rep because they were still thinking it over? Yeah, I should have waited a day.

I am happy to be able to share more good news. The incredibly talented Nicole Panteleakos signed with Rachael Dugas of Talcott Notch Literary for her YA Connected. This is one of hers I have not had the pleasure of reading, but judging from the two I have (Anabel Mist Does Not Exist and Katie Clark is Special Ed which made me cry) this one is going to be fantastic.

I met Nicole through ABNA (Amazon Breakthrough Novel Award) in 2011. Oddly enough, although we've yet to meet in person (officially - we did attend the same party once in 2006), we discovered we share many of the same friends due to our shared interest in the theater and the fact we grew up less than an hour away from each other.

To top the crazy Small-Worldness off, we had the same high school English teacher, a favorite for us both, despite attending different schools in different states. Our teacher, Mr. Dick Martin who released his own book last year, left my high school when I graduated and started teaching in Connecticut.

With her agent signing, I hope to be able to announce a book deal for her in the near-future. A book launch would be the perfect way to finally meet face-to-face.

Congratulations, Nicole! And best of luck on the next part of your journey to publication.
Posted by Emily McKeon at 8:43 AM No comments: 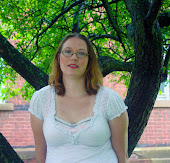