This week's blog post has been bouncing around in my head for a while, trying to consolidate into a single cohesive thought without much success. I'm not sure even now I can get all my thoughts in line, but I'm going to try. Basically it all comes down to one thing: Hate.

I'm not talking about the frustrated, "Ugh! I hate this computer/car/traffic." I mean complete, unrelenting hatred for people you don't know. For people different from you, in a group whose views and lifestyles you don't share. A hate you have so ingrained that nothing anyone says or does will ever change your mind.

First of all, I want you all to know how much its hurts to hear hatred so strong being spewed by people I know and love. It physically affects me to the point I have to leave the area where the tirade is taking place or I get nauseous. How the people such attacks are aimed at deal with the abuse, I can't image. What crushes me even more is when God is brought into the argument. I completely shut down at that point.

Signs outside churches proclaim: All Are Welcome, but oftentimes 'outcasts' are shunned. We cling to saying like, "What Would Jesus Do?" Most of the time I feel like they're really asking, "What Do I Think Jesus Should Do?" For the record guys, Jesus didn't turn away anyone. His message was one of love, not hatred. Of tolerance towards all.

The recent surge of states ratifying same-sex marriage has brought out the best in humanity, proving that many of us are willing to accept people as they are. It has also brought out the worst. I don't think I need to expound on this second statement, since it had to be a debate in the first place. And the debate is extending its tentacles past the older generations and trying to take hold in younger ones.

I've been told not to read certain children's books to my kids because the stories depict things that are 'unnatural' and I should shield them from such topics. The fact that a book written about such garbage could be published has fallen on my (semi) deaf ear more than once. Here's some news for you: this book which not only helps kids understand families with two mommies or daddies, is based on a true story. 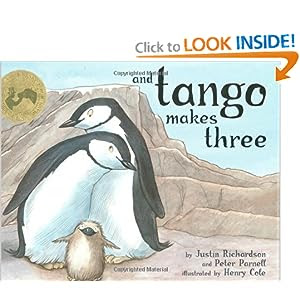 Not only is it true, but hiding the fact from my kids that such families exist is ludicrous. I have many friends who are in happy, healthy, long-term gay or lesbian relationships. Some have expressed a desire to have children and I know they would make fantastic parents. At some point, my own children will pick up on the fact that their family isn't like ours, but I want them to understand that it's perfectly ok.

Before anyone brings up the argument about kids being brought up in such households lacking a positive female/male role model, I'm going to ask you to look at your own family. How many of you have relatives that are single mothers/fathers? How about divorced/remarried? Do those kids still have good role models to look up to? Do they have a loving and supporting family? Guess what? So do the kids in any other family dynamic. Trying to cling to the Perfect Family model is ridiculous. Even back in the 'good ole days' there were single parents, kids raised by aunts, uncles, grandparents. Family is family. Family are the people who love you, end of story.

Now, I've gotten slightly off-track. I told you trying to get my thoughts to settle down was difficult. What I'm basically saying it love is so much better than hate. When you're going around with anger towards people you don't even know at a personal level, it's going to consume you. Every time I hear someone spouting it off, I want to (gently) shake them and ask them if they're listening to what they're saying. If they know why they're so angry and hate-filled. Most of them are sadly too stubborn to understand. To realize they've allowed themselves to be consumed by hatred so strong, they can't even pinpoint why it is they hate them so much. It's never going to benefit you, just wear you down. Your life will be much fuller if you let more people into it. 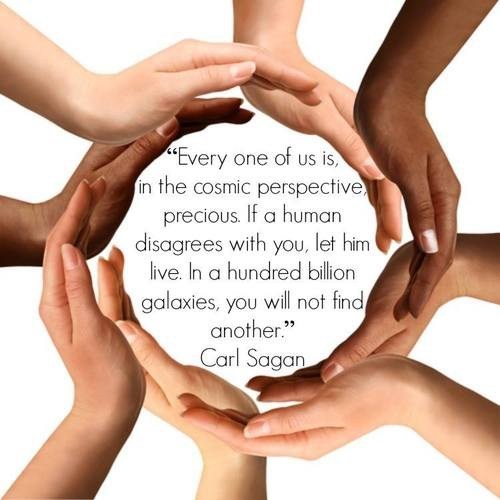 I'm going to ask everyone to do something for me. Take the time to know people for who they are, not what they are. Don't let labels define them. You want to fill your life with people who are funny, like to watch scary movies and spend the day at the beach? Find the people out there like that. Find the people who are good people, the ones who you enjoy being with. Want to hang out with the guy who loves everything about Star Trek, but word around the office is he's gay? For the love of God, make friends with him. No, seriously. You want to spout biblical verses, make your actions speak louder than those words. Because they really do.

Some of you know this from following me on Facebook and Twitter, but I'm currently waiting on queries sent out for contests. Waiting stinks. So does querying. Anyone who likes to query, I will gladly give my manuscripts to and have them query for me.

So, while I wait, I'm working on revisions and other projects. Every time I open my writing folder, I'm surprised by the amount of stories in there. They're all at various stages, but it doesn't make the folder any smaller.

Anyway, since I generally only share information on what I'm working on RIGHT NOW, I thought it'd be fun to delve into my hard drive (really Dropbox) and give you all an idea of what's currently living there. Who knows, maybe someday soon some of them will be on bookstore shelves, ready for your reading pleasure.

Children's Books - These are all picture books. No MG (Middle Grade) for me yet. This list doesn't include any that I've handwritten and haven't gotten around to typing.


Young Adult - Some I originally had in this category have graduated up to adult. Fantasy books in particular have a fuzziness to them concerning which one they fall in.
Adult Novels - The range here is about as broad as it can be. I have issues trying to pin my writing down to one genre, so I write whatever I feel like.

So, that's my hard drive in a nutshell. I have poems and short stories in there, as well as a whole folder of Religious Dramas. The Religious Dramas had been requested work, but due to unforeseen circumstances, never used. If anyone you know wants some, I got a whole bunch.

Anyone else's hard drive look like this? So many projects and so little time?
Posted by Emily McKeon at 10:23 AM No comments:

By now many of you have heard about Angelina Jolie's decision to have a double mastectomy. If you hadn't, well now you have.

I've now had some time to think about this and want to share my thoughts with all of you.

First of all, kudos to her for making such a tough choice. I know it's not an easy decision and she did what she felt was best for her. Cancer of any kind is a very scary thing to deal with.

Now, the reasons I cringe a bit not only about her doing this, but her sharing her decision with the world.

Let's start with her celebrity status and the fact a lot of girls and women look up to her. A lot of them will go out and want to get tested for this mutant gene. If they find out they have it, they'll be inspired to get a mastectomy as well.

I know a lot of you are now going, "Isn't this a good thing? It will reduce their chances of breast cancer. Preventative measures are best. Besides, it's not like they'll be any less of a woman for doing it."

My answer to the last part: They may think they'll be ok with losing their breast, but ask any cancer survivor who didn't have a choice. They prepared themselves, thought they would be ok after the surgery, but still found themselves grieving when it was done. They lost a very visible part of themselves and it takes some getting used to. Anyone who says it didn't upset them is lying.

As women, we're just as obsessed with our breasts as the men are. Think about when we were teenagers going through puberty. Tell me you weren't stressing about them then. Sit in a room full of other women. Unless it's a Puritan Church group, I guarantee the subject of breasts will come up at some point. Heck, they were talking about them in the waiting room of my daughter's dance class. It's part of us. We can survive without them, but it doesn't mean it will be easy.

Yes, there are ways to cope with it. Reconstructive surgery, specialized clothing, learning to embrace the 'New You.' I've even seen all-over tattoos to make those scars into something beautiful. But, it still takes time to adjust.

Now for the biggest reason this worries me: a mastectomy isn't 100% proof against breast cancer. Her chances might drop, but they still exist. My own mother has survived breast cancer twice. She had a mastectomy the first time, was cancer-free for two years and it came back IN THE SAME SPOT. She's one of the least likely candidate to get it in the first place and she ended up with it twice.

We also can't forget, although it's not as frequent, but even men get breast cancer.

What I'm getting at is I'm afraid after they go through with this preventative measure, many of these women will feel like they're free and clear. They'll think, erroneously, that they don't have to worry about getting breast cancer now. Will they continue with regular check-ups? What are they going to do if, after subjecting themselves to this surgery, they end up with it anyway?

We've become a society of 'Preventative Measures'. We try to protect ourselves against everything imaginable before the threat can even materialize. Sometimes I wonder if we've gone too far.