From Rhino and the Princesses

Don't forget, from now until Christmas Eve, Rhino wants to celebrate the holidays with you. You can purchase a copy of WHO WILL DANCE WITH ME? from my eStore. Enter the coupon code: NZ3N4ZFC and receive 20% off.


HAPPY HOLIDAYS from our family to yours!
Posted by Emily McKeon at 8:55 AM No comments:

We Wish You A Merry Christmas...

The end of the year is looming once more. I seriously don't know where the entire year goes. I do know the beginning of 2014 will either be filled with lots of good things or more plodding along. Why? you ask. Let me tell you.

First off, my entry to the Henson Co.'s Author Quest. It has been sent is out of my hands and into someone else's. They are notifying the top 5 on January 7th. Should I be deemed worthy, I will then have to write out the entire 50,000 word novel that they want written. It's a bit anxiety-inducing and exciting all rolled into one. Lots of nail-biting will be happening.

Second, I've been querying. MOTHER OF MONSTERS is out with an agent who closed to submissions right after I sent it and will be getting through everything in her inbox by January 6th.

Third, while I'm waiting to hear back on MOTHER OF MONSTERS, I sent out THE SOLUTION (because it matched better with other agents. Not every agent reps the same things which makes it difficult to write in varied genres.) Anyway, one of the agents it's out with has promised to respond to everything sent to her before the 20th by Christmas. This means I'll know on one whether or not a full will be sent or if I'll be getting another rejection to add to the wall in my stocking.

Fourth, which may or may not be an issue, is ABNA. In past years the Amazon Breakthrough Novel Award has been announced around the end of November to the beginning of December. As of today, nothing has been said. Speculation abounds that the announcement will go up on January 1st. Whether or not this is true has yet to be determined. If it does, a lot is going to ride on the first three points and if they go anywhere. If there is no ABNA for 2014, well, it'll be one less thing to worry about come January.

With all this craziness (not to mention edits, revisions and constant writing of other things) I wanted to make sure I wished everyone a very Merry Christmas. Hope all your wishes come true.
Posted by Emily McKeon at 9:47 AM 3 comments:

That's right. Confetti and champagne for everyone!

Sadly, this is not to celebrate me. It is, however, to congratulate the awesomely talented Lucas Hargis and his lovely new agent, Louise Fury. PHREAK SHOW is on its way!

I wrote about Lucas' journey to land an agent back at the end of September. If you missed that post, which contained love for two other fantastic writers who also connected with their agents, you can find it here.

There are no words for how happy this news makes me. For anyone unfamiliar with his writing, Lucas has an extraordinary gift for niche writing. Pegging his work down or trying to explain it is difficult, but reading it is completely mind-blowing --- in a good way. Truthfully I've worried he wouldn't land an agent based on those agents trying to market it to a publisher. He got full request after full request after full request. I told my husband it was because those agents loved it and wanted to read his work, but had no clue how to go about selling it.

His betas and critique partners loved his work. It's really hard not to, even with all the unconventional ideas he throws at you. His storytelling draws you in and doesn't let go. Every time he says he has something new that needs readers, my hands get all grabby. Yes, I may be a fangirl.

It's funny. I remember 'meeting' Lucas about two years ago when he started popping up on all the writing sites I frequent. Within a week, he was everywhere, including ABNA and Authonomy, where he infiltrated our World-Builder's Alliance. Back then, he was working on CAPRITARE and I told my husband how jealous I was of his writing. Since that time, I've read parts of two other novels and a short story he entered into the Dark Carnival showcase. Each time, he amazes.

So, while my husband might own one of Lucas' art pieces (what? I didn't tell you he's an artist? He also re-purposes items and furniture with his partner under their company Lucah Designs) I'm looking forward to the day when I own one of his books.

Want to show him some love? Check out his PHREAK SHOW Facebook page.


Posted by Emily McKeon at 9:17 AM No comments:

Look at that. Somehow we're at the end of another year and the beginning of holiday shopping season. Time flies so fast. This means a rundown of my favorite books of 2013. As a disclaimer, this does not mean they were all published this past year, only that I read them during the last 11 months. They are ones I recommend for the reader on your shopping list. I'm going to try limiting myself to three in each category, but no promises.

Not your average fairy tale, this series follows the exploits of Prince Charming --- all four of them and their princesses. The Prince Charmings are all upset because, well, Charming isn't really their name, but it's what all the bards remember. Now they're joining up for adventures and trying to make names for themselves, mainly Frederic, Duncan, Liam and Gustav.

Hilarious and lots of fun, I recommend this series, especially if you have boys who don't want to read 'Princess Books' and girls who do.

The Year We Were Famous (Carole Estby Dagg)


Fictionalized account of a Mother-Daughter team walking from Mica Creek, Washington to New York City with the hopes of saving their family's farm. Centering more on their relationship than the hardships they must overcome, this is one of the best historical fiction I've read for this age group.

The Girl Who Fell Beneath Fairyland and Led the Revels There
(Catherynne M. Valente)

Yes, this is the second book in the series. Yes, I recommended the first last year.

If you like ALICE IN WONDERLAND, you'll love these. A little darker than Alice's adventures, September's travels are no less wonderful.

A love story that makes those involved take a look at themselves. In the end, it's less about falling in love and more about finding yourself. It's about standing up for what you believe in and those you care about.

While I'm at it, I'd also recommend Ms. Rowell's FANGIRL.

What I Saw and How I Lied (Judy Blundell)

Ms. Blundell has a knack for historical mysteries set in the early 20th century. This one is no different. I highly recommend her books for the young detective in your life.

Marcelo in the Real World (Francisco X. Stork)
Heartbreaking and heartwarming, this one takes a look at life and corporate law through the eyes of an autistic 17-year-old Marcelo. He spends a summer in the 'Real World', working at his father's law firm. While he's there, he discovers life isn't all black and white, and sometimes a person has more strength and courage to make things right than he realized. 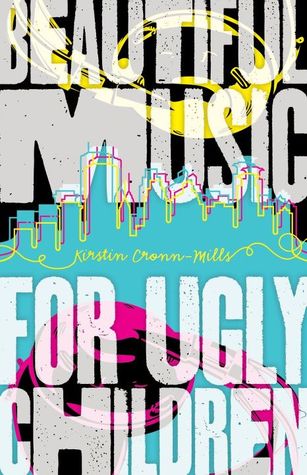 This one makes it on my list because Mika's Grace Kelly is mentioned on the first page. Ok, that's not the only reason, but it's a good enough one.

This was the first book I've come across and read that deals with transgender and what those who identify with the opposite sex deal with in their daily life. The author also includes resources at the end for anyone looking for more information or support.

Marriage to a deceased bride-groom brings more than anything young Li Lan imagined, including the unraveling of a mystery started before she was born.

Historical fantasy, this book is beautifully written. Think along the lines of Spirited Away for adults. Choo mixes the spirit world and 19th century Malacca to bring life to her take on this Chinese tradition.

I know I'm late to the game with this one, but it's as good as everyone says. Told through a series of letters, e-mails and the odd interjection by Bernadette's daughter, Bee, we follow the unraveling of a once brilliant architect who's lost her drive and confidence. With a push from nosy and ridiculous neighbors and the intervention of her well-meaning, if often absent husband, she sets off on an adventure of a lifetime to reclaim some of her former glory.

The Woman Who Died A Lot (Jasper Fforde)

Because I'm a Fforde junkie, I needed to add at least one of his to this list. I also read the first two books to his YA series, which I also recommend, but had too many others for that category.

We're back and following the fabulous Thursday Next and her crazy mixed-up world full of dodos, neanderthals, and the odd clone getting into the works. She also has Chronoguards and the ability to read herself into books. Nothing in Thursday's life is ever simple.

********
There you go! This year's book recommendations. If you'd like more, you can always check out my Goodreads page and my Recommendation Shelf.

Happy Reading!
Posted by Emily McKeon at 9:54 AM No comments: